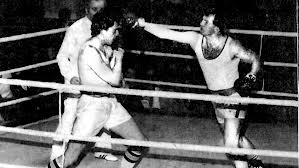 Has Australia ever elected a Prime Minister so devoid of character? So lacking in the qualities of leadership? So deficient in empathy of social conscience? So ignorant of technology and science? So oblivious of the needs of women and same gender people? So out of touch with a modern pluralist society? And worst of all an unmitigated liar.

A Christian man who once had a calling to the Priesthood but now sees lying as a political truth. A Prime Minister who believes that truth is anything you persuade people to believe.

For the entirety of his time as Opposition Leader, Tony Abbott was proclaimed by the media (Murdoch in particular) as the most effective ever. I have never understood this. For three years his sole intention was to bring down a government. He lied continuously while at the same time creating shock and awe throughout the community. His negativity became legendary. Hardly a day passed without his accusing the government of telling the most awful fibs while at the same time perpetuating his own. On a daily basis he used sexism, misogyny, bullying, confusion, saturation, populism, diversion, racism, character assassination, panic mongering and even the re writing of history if it suited him.

And the media said he was effective. Well if they mean by that, that he was negatively effective then perhaps I have to concede he was. On the other hand if they mean he was effectively presenting himself as an alternative prime minister then I would have to disagree entirely. As opposition leader he did nothing to advance the country and the result of six years in opposition has not produced one major worthwhile policy. In fact he has become the Prime Minister for undoing. Not doing.

During his tenure as opposition leader when I was often in conflict with those of the opposite persuasion about the character of Tony Abbot, I would often ask his supporters to list five characteristics they thought he had that would make him a worthy leader. In five tries I never received a reply.

You see character as a combination of traits that etch the outlines of a life, governing moral choices and infusing personal and professional conduct. It’s an elusive thing, easily cloaked or submerged by the theatrics of a presidential campaign, but unexpected moments can sometimes reveal the fibres from which it is woven.

Abbott has none of these. He is and always has been a gutter politician of the worst kind. A repeat offender. He is a man who has failed to articulate a narrative for Australia’s future. Someone of such little virtue that he places the occupation of the lodge higher than the service of his people.

He is a man of loyalty to institutions. To the church and the monarchy. To people of wealth and influence. He lacks reformist zeal for the common good. He is, however, intent on undoing the good that others have done. His purpose in life seems to be (as was Howard’s) the maintenance of authority. A self righteous man who shows little aptitude for diplomacy.

All in all a man with a litany of lies and nonsensical ill-founded statements behind him. Of discriminatory declarations against women. Of disrespect for the conventions of Parliament. A man of slogans. A Luddite of technology. A denier of science. A right to rule elitist with no altruistic values.

It is indeed sad that the Australian public has entrusted the country’s future to a man of such little virtue.

Commentators of the political world have said that he has not yet switched from Opposition Leader to Prime Minister. How appallingly and ignorantly naive of them. Here we have a man with the deepest of neo conservative values. Values of rusted on negativity. Of Tea Party mentality surrounded by acolytes of little intellectual capacity. An inarticulate street fighter who would rather have a fight than a feed. Do they honestly expect him to overnight become a person of dignity and trust? A leader with aplomb, self-confidence and composure. Someone cool with grace and style. His only thought the common good of his fellow citizens.

Sorry we are talking about Tony the pugilist. It’s not going to happen. He is what he is. A liar. Just ask him. He said he is.

Watching him on Monday during question time empathised this point. The personality of the pugilist was wanting to escape the confines of Prime Ministerial nicety but was trapped inside. You can see it in his interviews. The same stress of being locked into conformist comportment. Trying to be dignified when in reality you want to smack someone in the face.

The most damming indictment he made against Labor when in office was that they were dysfunctional and that they lied. They broke a core promise.

Now he stands accused of the same thing which only goes to show that he has little judgment and little character.

He came to power after six years of negative behaviour and no policy development.

As Ross Gittens puts it.

‘’It’s as if Tony Abbott believes returning the Liberals to power will, of itself, solve most of our problems. Everything was fine when we last had a Liberal government, so restore the Libs and everything will be fine again.’’