While the Australian economy continues sliding towards recession, the mainstream media seems more interested in focusing its attention on the latest popularity contest between Malcolm Turnbull and Bill Shorten.

New Capital Expenditure fell by 20% for the 12 months to September 2015. This was considerably more than economists had expected. Investment in building and structures fell by 23.6 per cent over the same period, and investment in equipment, plant and machinery fell by 12.7 per cent.

To many, these are just boring numbers, not newsworthy enough to deflect attention away from Bill Shorten’s appalling 15% approval rating. But what they tell us is that 2016 does not bode well for employment or employment opportunities.

It also means that the private sector spending calculations built into last May’s budget are deeply flawed and that continued austerity budgeting will sow the seeds of a recession by the middle of next year. For that, Finance Minister Mathias Cormann can take a bow.

One only needs to read the Economic Outlook Statement No. 2 in the May budget papers to visualize the rubbish that must have permeated the minds of those who prepared it and signed off on it.

It reads, “Real GDP is expected to grow by 2¾ per cent in 2015‑16. This is one quarter of a percentage point slower than expected 12 months ago in the 2014‑15 Budget, as a sustained recovery in non‑mining business investment is taking longer than expected. However, stronger non‑mining business investment is expected to drive an increase in growth to 3¼ per cent in 2016‑17.”

The latest Capital Expenditure figures make these estimates look amateurish at best. If the government was expecting to float back to power at the next election on the strength of Malcolm Turnbull’s popularity, they had better think again.

While the June quarter national accounts figures indicated growth of 2.0% p.a. to June 2015, next week’s figures are likely to depress that further and if the slide continues, it could be as low as 0.8% by the end of the fiscal year, making a mockery of the government’s estimates.

What it also tells us is the spearhead measure of extending a 100% depreciation for tradies tools will have little or no impact in reversing the slide, other than to put money in the tradies pockets which, if they are smart, should then be placed in a super fund.

It is indeed surprising that so little attention is paid to the economy by both Fairfax and News Ltd these days. They were literally falling over themselves to highlight every estimate, conclusion and outcome that Wayne Swan and Treasury ever came up with from 2007-2013. At that time we were told by Abbott and Hockey that our economy was about to collapse and only a Coalition government could restore it to health.

Yet since late 2013, despite all the spin we were fed by the Hockey/Cormann fiscal management team as they set about demonstrating how “the adults” would run the economy, the situation has continued to deteriorate.

We are now at the point where not even a new prime minister, no matter how refreshing he is, and a new treasurer, can escape the bleeding obvious need for some form of stimulus.

Economist Bill Mitchell sums it up succinctly when he says, “Australia is demonstrating how an affluent country can undermine the well-being of its citizens through poorly conceived macroeconomic policy.” 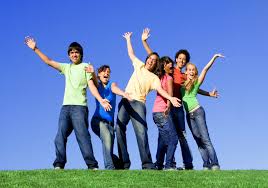 Economic management of this country should be a prime interest of our media, yet it seems that popularity contests sell more papers and therefore rate more highly.

Labor’s plan to address the revenue issue by focussing on tax expenditures and corporate loopholes should be given greater prominence in the absence of any clear plan by the government.

That it hasn’t thus far, implies a failure of media communication and an undermining of our future well-being.