Member for Hughes and chairman of the Coalition backbench environment and energy committee, Craig Kelly, seems to split his time between appearing on Sky After Dark and 2GB, and posting clickbait headlines on his facebook page.

But the most cursory investigation shows Craig is either deliberately misrepresenting the articles he links to by cherry-picking a sentence or two, or he is a gullible fool who doesn’t bother reading the stuff he is being fed by others. Considering the volume of links he posts, I would suggest the latter.

On Monday, Craig posted “ANOTHER PROPHECY FAILS : GREENLAND ICE SHEET 150 BILLION TONNES ABOVE AVERAGE. The Climate alarmist prophecy affirms that the Greenland ice sheet is melting away. Meanwhile the measured real world reality is the exact opposite of the alarmist climate Prophecies.”

He links to an article that does show a higher than average “surface mass budget” but which also cautions they have not yet received data about calving and melting at the base of the ice sheet which they suggest will show “zero or close-to-zero total mass budget this year, as last year.”

But more importantly, Mr Kelly’s headline ignores the actual thrust of the article.

“The period 2003-2011 has seen ice sheet losses on Greenland averaging 234bn tonnes each year. The neutral mass change in the last two years does not – and cannot – begin to compensate for these losses. The comparison here does show that in any given year, the mass budget of the ice sheet is highly dependent on regional climate variability and specific weather patterns.” 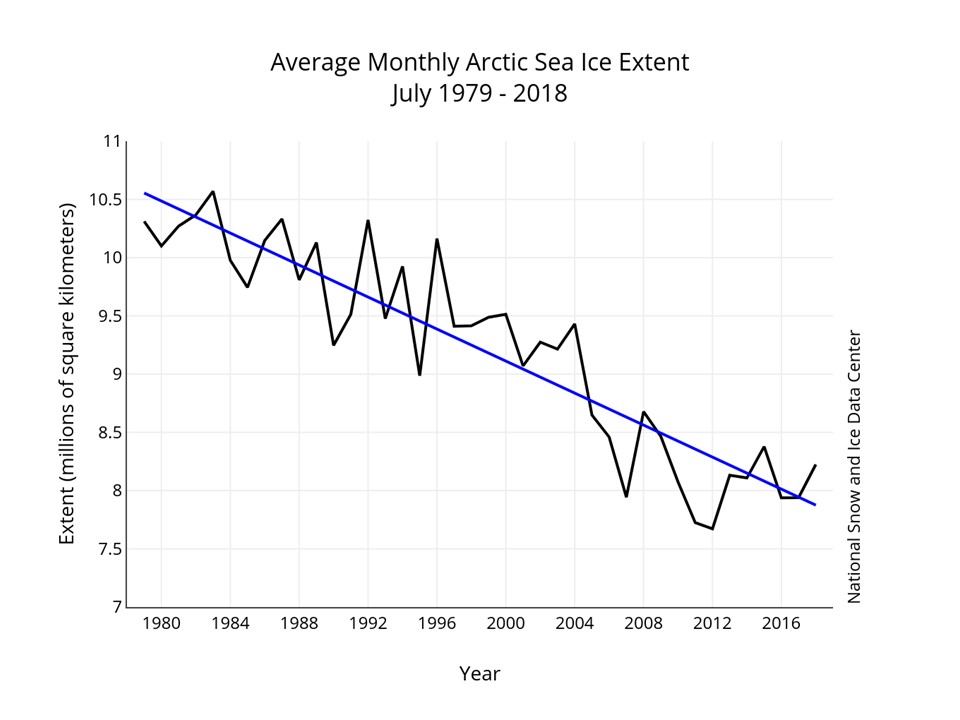 On Tuesday, Craig was at it again. “ANOTHER PROPHECY BITES THE DUST : NEW STUDY FINDS 90% OF GLOBAL ATOLL ISLANDS GROWING NOT SINKING. The Climate alarmist prophecy affirms that Pacific and Indian Ocean islands are ‘sinking’, being consumed under rising sea levels, and it’s just a matter of time until they go under. Meanwhile, back in the real world, the facts are the exact opposite of the alarmist climate prophecy.”

The study does show that islands over 10ha in size have not decreased in size. However, the report is not quite as rosy as Craig would have us believe.

“Climate-ocean related changes, including sea-level rise, increasing wave energy, change in tropical cyclone frequency or intensity, and ocean warming and acidification, are considered as major threats to these islands’ persistence, as the surrounding reef ecosystem may lose the capacity to fulfill its major functions, that is, provide sediments to islands and buffer storm waves. Furthermore, recent modeling studies highlighted that future increased wave activity under sea-level rise may increase the frequency and extent of marine inundation on these islands in the event that coral reefs would not keep up with sea-level rise. This would cause increased soil and freshwater lens salinization, which would in turn affect water and food supply, thereby posing a threat to island habitability.”

Craig’s assertion that “90% of atoll islands are growing” is just a downright lie.

A couple of hours later, Craig posted this clickbait gem which caused outrage. “YOUR DOG 🐶 IS RESPONSIBLE FOR GLOBAL WARMING : DUMP YOUR PETS TO TAKE ACTION ON CLIMATE CHANGE. According to a study out Monday on global climate change, your dog (or your cat) is probably killing the environment, and if you are a true believer that wants to ‘real action on climate change’™️ it’s time to say “good-bye” to Fido and Fluffy.”

Of course, if you read past the headline of the article, it says:

“The study isn’t designed to dissuade animal lovers from taking in the maximum number of pets possible, but rather encourage Americans to consume less meat. Livestock farming is a significant contributor to global climate change and the less meat we consume, the better it is for the environment. And humans make up the vast majority of that consumption; dogs and cats consume only around 19% of the meat protein humans do.”

But it appears Craig didn’t get that far.

In a flurry of social media activity yesterday, Craig also informed us that “80% of Australians DON’T want the government to put ‘’promoting renewables” ahead of; cost of living, health, housing, jobs and economic growth.”

Apparently Jo Nova had been kind enough to graph the results of an Essential poll which asked respondents “Which of the following issues are the most important for the Federal Government to address over the next 12 months? Select up to 3.”

It is true that only 20% chose Promoting renewable energy. But Coalition policies didn’t fare so well either. To use Craig’s logic, 80% of Australians don’t think promoting economic growth or addressing national security and terrorism are a priority. They ranked exactly the same as promoting renewable energy. Reducing the deficit only got 13% and business tax cuts trailed the field on 5%. Cost of living ranked highest but 69% of people did not see it as the highest priority.

It’s all in how you phrase the results isn’t it Craig.