When a politician defends his/her position by drawing attention to social classes, you can be forgiven for thinking his/her original argument wasn’t that strong to begin with. Joe Hockey is on the ropes desperately trying to defend the indefensible.

Even his own side can see that. He seems to be grasping at a variety of explanations to justify placing the burden of his cuts on those who are least able to absorb them.

Hockey seems at odds to understand the extent of the backlash to his budget. At the Sydney institute, on the budget criticism he said, ”Criticism of our strategy has been political in nature and has drifted to 1970s class warfare lines, claiming the budget is ‘unfair’ or that the ‘rich don’t contribute enough’.” Is he truly that naive?

To argue at the Sydney Institute that criticisms of the budget amounted to “old style socialism” smacks of the very things that he protested about as a university student in the 1980’s. He has also referred to it as akin to “class warfare”. Well, actually it is. And it is hard to think that he doesn’t know that.

And by forcing up the cost of education he is widening the gap between those who started more equal than others. Hockey should know that such an argument will do him no favours. Most Australians do not consider themselves to be rich.

It seems also, that every time he opens his mouth and makes some extraordinary claim that Australians are living in a manner that is unsustainable, we find a counter claim by a reputable authority that suggests otherwise.

Hockey’s latest rant that we are a nation reliant on welfare falls far short of being accurate when compared with the latest Household, Income and Labour Dynamics in Australia (HILDA) Survey, from the Melbourne Institute of Applied Economic and Social Research. Their report has tracked more than 12,000 people since 2001.

The report demonstrates that over the decade to 2011, both working Australians and retirees are less dependent on welfare than they were in 2001. Hockey dismisses the report saying that it only applies up till 2011. Well, he would, wouldn’t he? 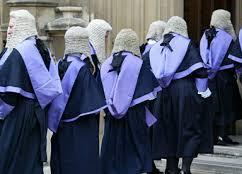 One of his more ludicrous statements recently was when he said, “The average working Australian, be they a cleaner, a plumber or a teacher, is working over one month full-time each year just to pay for the welfare of another Australian.” Has he deliberately excluded his own class from being a part of this comparison? Are not lawyers, barristers, judges, CEO’s also workers? They pay tax too, don’t they? So why did they not get a mention? Or does he not consider them average? They are, in fact, mostly privileged.

The fact is, any number of such comparisons could be taken in isolation and produce a similar result. One wonders how many days each plumber has to work to pay the salary of politicians and fund their generous superannuation entitlements. Or how many days it takes teachers to cover politicians travel entitlements.

None of these tax expenditures were touched in the budget and the only conclusion we can draw is that they are part of Joe Hockey’s untouchables; that they are not the realm of cleaners, plumbers and teachers. Well, actually they are but probably not to the extent that they would impact on the more equal; the privileged end of town.

A Failure of Moral Leadership