Watching Tony Abbott and Joe Hockey the other night on television sitting together in one of their offices pretending to look over their latest brainchild, the 2015 budget, I couldn’t help but feel embarrassed.

To see our two most senior government members, one so stern faced, trying to look so accomplished, the other like he didn’t have a clue, parading in front of a compliant media, was near laughable.

I remember the very same stunt last year which, we all know, ended in disaster. The repeat performance this year proves that they have learnt nothing. They still play the same old game, without any variation, without any sense of vitality or optimism. They are such ham actors.

The budget is looking increasingly like a ham act as well if we are to believe what we hear. We are told additional money will go to childcare, well, I’ll wait for the detail on that before commenting. Tightening the aged pension asset test from $1.1m to $820K not including the family home will reverse one of the Howard/Costello excesses. It’s a step in the right direction but there’s a lot more where that came from.

Refusing to touch superannuation concessions though, shows how strong are the top end of town and how weak our fearless duo. The bullies who tried to belt the weak, the poor and the disadvantaged have themselves been bullied by their masters. 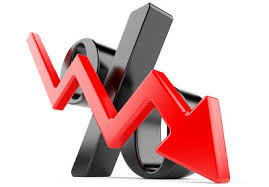 But it’s Joe Hockey’s flip flop reaction to the interest rate cut that once again, demonstrates his lack of expertise in economics. The cash rate is now 2% which he regards as good news. Really? That wasn’t what he was saying a few years ago. Wasn’t it a budget emergency?

Now he wants us to get out and borrow money in the mistaken belief we will reactivate the economy. Hyperbole in spades. He wants us to go into debt so the government can get out of debt. Does he realise that his ambition to bring down a surplus budget must, of mathematical necessity, mean we, the people, must increase our debt, our deficit?

Any business owner or corporation CEO, when looking at an expansion proposal, would want to be wary when interest rates get this low. It translates to sluggish, almost stationary activity. Yes, money is cheap to borrow but that must be balanced against the backdrop of a risky business model fraught with uncertainty.

The single biggest threat to our economy today is unemployment. Hockey says the budget on Tuesday will be about jobs and opportunity. Nearly 800,000 workers are officially unemployed. The real figure when you add in those who have, for the time being, given up looking for work, is probably closer to 1.2 million.

Add to that the underemployed and we are looking at a 16% rate of underemployment! A tragic loss of man hours, a loss of wages, of taxes and Gross Domestic Product. Why is this not the major political issue of the day? Where is the outrage?

It is hard to imagine what Hockey’s plan is to tackle this disgraceful situation beyond some petty incentive scheme to encourage employers to take on staff. Such schemes have never worked in the past and today they face the contradictory obstruction of an ever increasing number of 457 visa approvals.

Scott Morrison’s new childcare program will include a test to determine if the applicant is working, looking for work, in study or involved in some form of voluntary capacity. The devil is in the detail but the result will be fewer people receiving childcare support and more people looking for work. 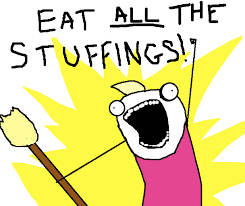 The evidence suggests unemployment is not a serious concern of this government, yet it is the only sustainable answer to our economic ills. They just don’t get it. That’s why Tuesday’s budget will offer no solutions. It will be the hyperbole emergency.