So, the much anticipated and touted G20 is upon us. It will be interesting watching our leaders rubbing shoulders with other world leaders. Doubtless, each of them will be hoping the television cameras capture moments that will enhance their own personal political aims. While the G20 will be little more than a talkfest with attitude, the expectation from the Coalition government is that it will place them in a more favourable light with voters and get them a boost in the polls.

It is rare for government leaders of any nation to have the opportunity to meet with so many other leaders in one place in such a short space of time; a sort of one-stop shopping experience. So, we can anticipate that there will be some furious back room argy-bargy going on to enable a succession of meetings to take place.

That means Australia will be competing with the likes of the USA, Russia, UK, Brazil and China to have time with India, for example. India, we are told is the next ‘big thing’ and every country that has something to offer will be knocking on their door.

Brazil will want to chat with Indonesia and put a dent in Australia’s live animal export market and the bigger issue of climate change, while embarrassingly absent from the agenda, will also be discussed at these side meetings. Since our government has made it so abundantly clear that they want to adjust that figure to reflect a recent reduction in coal fired energy use, no one will be interested in discussing climate change with us. We will be seen, if not already, to be on the margins when it comes to renewable energy initiatives. Having reversed the former Labor government’s direction, the Coalition has no currency on climate change.

So where does this leave us, or more particularly, the Coalition? Abbott and company will be struggling to find much that is positive for Australia except a likely free trade agreement with China, one that has already been upstaged by the China/US climate agreement. Free trade agreements, however, are never free. There are always winners and losers. I can’t think of any benefits that I have experienced courtesy of our existing FTA with the US. I’m sure there are some, but I can’t see them and I doubt their real value. I’m sure, however, there are benefits for the Americans. The government will struggle to convince Australians that a FTA with China has any lasting benefit for us, but I’m sure there will be for the Chinese.

So, in the overall coverage, I expect the media will concentrate on the mediocre.

Doubtless they will concoct a few anecdotes about various leaders, hoping that one or more might make a comic slip up, or pat a Koala Bear, take a photo with a Kangaroo or something equally benign. There will be much written and filmed about the security arrangements. But the real stories about each national leader’s contribution and position on where the planet is heading, will be ignored largely, because of their inconsistencies with Australia’s quite backwoods approach. 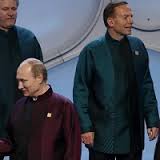 Can we therefore surmise that what could have been an event of great pride for Australia and a boost for the government’s polling, has been lost? Indeed, it has already been bungled because of Tony Abbott’s inability to effectively articulate a convincing narrative. His appalling claim to ‘shirtfront’ Vladimir Putin has been turned into a soap opera and a very poor one at that. The media reaction to Russian warships in the vicinity of our territorial waters has made them and the government look childish.

The government have already shot themselves in the foot, firstly by Abbott’s juvenile approach to Putin and secondly because of the government’s climate change policies. Any hope or expectation of a poll boost they thought might occur as a result of the G20 is little more than a pipe dream. To the Labor party, I say, this should have been your moment in the sun.