If there is one single fact that proves the government’s “jobs and growth” mantra is a deliberate and misleading lie, it is this: Mass unemployment occurs when there is insufficient spending in the economy, to generate a demand for labour that would create enough jobs for everyone who wants one.

Thus, for a party to commit to a policy of jobs and growth and then fail to address it satisfactorily, can only leave us to conclude that it never intended to honour that commitment in the first place.

Put simply, the government chooses the level of unemployment and the circumstances under which that occurs. They treat employment as a non- core right, subject to other considerations.

Those other considerations centre on the demands of our commercial and industrial leaders. Those leaders engage in targeted lobbying tactics, contribute to campaign funds and threaten to retrench staff if their demands are not met. These captains of industry call the shots. Governments are bullied into complying.

And this brings us to the act of betrayal by government. Employment is a fundamental human right, not something to be manipulated for the benefit of any particular group or individual.

The whole “jobs and growth” mantra is a confidence trick, a deliberately constructed three word slogan to deceive a  gullible public into believing what is, in fact, the opposite of the government’s intention. 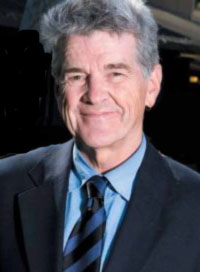 In the words of Professor Bill Mitchell, “After all the spending (and saving) decisions of the non-government sector have been taken and implemented, any idle labour is the result of the net spending position of the government being lower than is required to generate full employment.”

It is the government’s failure to spend, that serves the cause of employers who are able to suppress real wages and by extension, jobs and growth. Our commercial and industrial leaders suppress them to the levels it decides are appropriate. Those levels are geared to produce the maximum profit possible for their industries and commercial enterprises.

Therefore, when we address the present position of 5.5% of the workforce (over 700,000 people) unable to find work, we know that this is due firstly, to the intensity of the lobbyists, the campaign contributions and the sheer clout of industry and commerce and secondly, to a government too weak to oppose them, too weak to spend what is required to ensure full employment.

Transposing that blueprint onto our economy today, it is the government’s unwillingness to spend that places more than 700,000 men and women in unemployment, men and women who are looking for work and cannot find it.

That number is further compounded with a further 8% underemployment rate, where people are working part-time, some by choice, but most being manipulated by opportunistic employers offering limited hours with lower pay. This means we have close to 2,000,000 Australians of working age currently under-utilised. That is a betrayal of our basic right to work. Any government that denies its responsibility to provide work for all those who want it, betrays its own people.

The only way this betrayal can be remedied is to establish a job guarantee program. Not a universal basic income, as some would argue, but a guaranteed job for everyone who wants one.