Andrew Bolt’s racial vilification case and the government’s subsequent hasty threat to repeal section 18C of the Racial Discrimination Act has placed ‘freedom of speech’ at the forefront of political debate. But its importance is always overlooked, or shunned, when it’s those of the Left side of politics who are exercising it. The media’s response to March in March rallies is an obvious case, writes Jennifer Wilson. 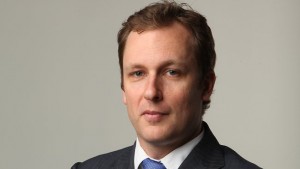 Peter van Onselen (pictured) devotes almost an entire page in the Australian this morning (paywalled. sorry) to complaining about the “unedifying” display of bad manners by some protestors who took part in the March in March rallies, comparing them with the infamously abusive banners held aloft by the three hundred or so activists who took part Alan Jones’s 2011 Convoy of no Confidence against Julia Gillard and her Labor government.

I would appreciate someone drawing up a comparison of the two situations, given my impression that the number of participants in the Jones rally carrying offensive placards constituted a far greater percentage of the whole than those in the March in March rallies.

As van Onselen concedes, in the Jones protest virulent expressions of rage and hatred were legitimised by the presence of leading politicians photographed under the placards. No such validation took place of the relatively few offensive banners on display during March in March.

“Calling a conservative a fascist and portraying his image to replicate Hitler is deliberately designed to undermine their ideological positioning in the same way that calling a woman a ‘bitch’ or ‘witch’ carries clear sexist intent,” van Onselen states, in his comparison of the two situations.

I would not so readily presume an equivalence between sexist intent, and the desire to critique, albeit with a degree of hyperbole, an ideology. Sexism attacks the woman for nothing other than being a woman. Describing Abbott as “fascist” in no way attacks his gender, and is merely commentary on the manner in which he is perceived to enact his conservatism.

Placards claiming that the Abbott government is “illegitimate” are not abusive, offensive or threatening, rather they are simply wrong, and likely being employed as payback for the years of the LNP opposition equally inaccurately describing the Gillard government as “illegitimate.” What is apparent is that there are hot heads and wrong heads on both the conservative and Labor side of politics. This should not come as a surprise to anyone.

Along with Tim Wilson, Human Rights Commissioner for Freedom, (I’m sorry, I don’t know what that title means) van Onselen is disturbed not at the exercise of freedom of speech demonstrated by both rallies, but at the ill-mannered, impolite, potentially violent and “irresponsible” speech used by a small number of participants in their signage. A similar rabid element is guilty of foully derailing many otherwise useful Twitter discussions, claims van Onselen, quite rightly in some instances, though there are sensitive souls renowned for “rage quitting” Twitter when they confuse disagreement with abuse.

Van Onselen and Wilson’s desire to see public speech free from offensive, insulting and at times threatening expression is shared by many people, but quite how to achieve that remains a mystery. Bad speech must be countered by good speech, Wilson has asserted, however, taking the case of Andrew Bolt as an example, it’s difficult to see how someone with a large public platform such as Bolt, or fellow shock jocks Alan Jones, or Ray Hadley can be challenged by the people they offend and insult, who rarely have an equivalent public platform from which to counter their attacker’s bad speech with good. It is for this reason we have legislation intended to protect people from racial vilification, for example, the very legislation Mr Wilson is now intent on seeing repealed, as he believes it interferes with the absolute freedom of speech he appears to favour.

I can see Wilson’s point, however, as long as there are more powerful enunciators of bad speech with large platforms than there are good, perhaps we need other precautionary measures.

I couldn’t help but wonder, as I read the article, what van Onselen and Wilson would make of public demonstrations in other countries, Mexico perhaps, where I witnessed protests in which politicians were represented by enormous papier-mache figures with grossly exaggerated sexual organs, accompanied by banners that claimed they f*cked both dogs and their mothers and ate children. Nobody saw any cause for offence. Compared to such robust expression, the complaints seem rather prim.

Amusingly, van Onselen concludes his article with the reminder that “Protest is as an important part of democracy as are institutions designed to uphold democracy, but only when practised within the spirit of Australia’s well established political structure.” I am completely unable to see how any of the offensive signage fails to fit in with that spirit. Australian politics have, for the last few years and most certainly during Gillard’s entire term of office, been such that one would think twice before taking school children to witness Question Time, and I really don’t know who van Onselen thinks he is kidding.

The ongoing discourse about how we should conduct our discourse is unlikely to change anything. Van Onselen’s piece appears to make the claim that those who offend middle-class sensitivities undermine the more moderate message and concerns of mainstream protestors, and destroy their credibility. This may well be the case, but only because people such as van Onselen make it so, opportunistically denigrating the whole on the basis of the actions of a very few.

It is not possible to eradicate voices some consider undesirable from public expression. Otherwise we would not have to put up with the Bolts. A sign held aloft at a demonstration cannot do one tiny fraction of the harm done by Bolt, Jones and the like. If we are to conduct serious conversations about how public discourse influences attitudes and behaviours, surely we must start by interrogating the enunciations of those with the furthest reach.

This article was first published on Jennifer’s blog No Place For Sheep and has been reproduced with permission.