The way in which the mainstream media (MSM) chooses to report and discuss the economy, i.e. in conventional neo-liberal terms, reinforces the notion that the economy is some sort of God who must be served and obeyed by the people in one particular way to the exclusion of any other. This is a false concept wrapped in metaphorical jargon that has not only poisoned our minds but, in the process, allowed us to become enslaved to its will.

The way the media frames its articles and the language it uses to present them, crowds out any alternative discussion and prevents alternative concepts being presented. As a result, the present government’s ideological agenda of austerity and surplus driven macroeconomics becomes something akin to the Ten Commandments, which we must obey and accept. This too, is a false concept.

It is time for a more progressive view to be aired, discussed and debated.

The progressive vision of an economy is the reverse of the existing one, where it serves the people, advancing public purpose, whatever that might be. It is a vision where, within the constraints of a healthy environment, we live in harmony with the planet, where equality is the principle commandment, where we control everything about it and we use it to advance our quality of life, without destroying the planet and without leaving anybody behind. The barrier that is preventing this progressive view from being debated is in the language used to explain it. We are trained in our early language to think of the word ‘deficit’ as bad. It equates with concepts of debt, of owing, of a burden, of having to restore a shortfall, etc. It isn’t helped at all by comparing a nation’s economy to household budgeting.

We haven’t been able to link the word, ‘deficit’ with something good, with employment, with growth, because the mainstream media won’t indulge it. They are seduced by convention, afraid to think outside the square.

To this end, the MSM have allowed the present government’s failed ideology to prevail. Where it fails is in thinking that a surplus is a goal rather than a tool. Surpluses and deficits should be determined by what we, as a nation, want and should be used to suit the circumstances at the time. Surpluses and deficits are not an end in themselves, they are tools used to achieve an outcome.

What we want right now is full employment or as close to full employment as we can come. In our present circumstances, that will not be achieved by trying to bring the budget into surplus. The media’s so-called economic experts should be framing their articles to reflect this. At the moment they are seduced by the metaphorical language that undermines any hope of full employment.

Using the current issue of welfare, the one the media love to milk, where they grasp at any suggestion of waste and abuse, of lazy people not trying to find work, of the sick bludging on the system, we can demonstrate an economic imperative they never highlight. 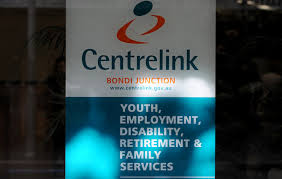 What they never explain and what the present government doesn’t realise is that when tax revenues fall, welfare payments increase. One works inversely with the other. These are the automatic stabilisers where the common denominator is the workforce participation rate and by association, the GDP growth rate.

These stabilisers restrict the range of the business cycle by expanding and contracting depending on the level of fiscal policy. When unemployment rises so do welfare payments. If, for example, Scott Morrison thinks he can reduce welfare payments while tax revenues are in decline he is effectively trying to reverse a natural outcome. It is a bit like trying to go forward when the car is in reverse gear.

So, if his approach to welfare payments is similar to his approach to stopping the boats, i.e. having no time for the personal impact on his decisions, just the outcome relative to the government’s policy position, he will discover that just like stopping the boats, reigning in welfare spending is a dirty science. Outcomes will vary in ways he and the government cannot foresee.

Thinking that having a business friendly conservative government will automatically generate business confidence is foolhardy at best, also lazy and already proving to be a false expectation. Only full or near full employment will generate demand of the kind that will lift us out of stagnation. The unemployed cannot find jobs if the jobs are not there. At the last count, there were approximately 770,000 unemployed and less than 150,000 jobs advertised.

As long as governments, like our present one, push supply side economics (if you make it, buyers will come), instead of demand side economics (making what buyers need and want), unemployment will continue to rise. The private sector will not manufacture or produce goods without a known ready market. 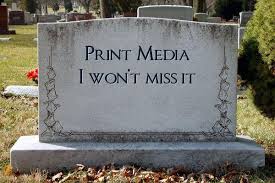 The media has failed dismally in explaining this to its readers. It has failed the people it is there to serve. It peddles a false and misleading language that serves an exclusive minority, the super-rich. Little wonder circulation has plummeted.

The task of explaining alternative, progressive economics has fallen to the blogosphere and social media sites where much of the lost readership of the MSM has found a new home, found what it wants to read and the language it prefers.

Is it a forlorn hope that 2015 will see a breakthrough in progressive economic theory? We will certainly try.