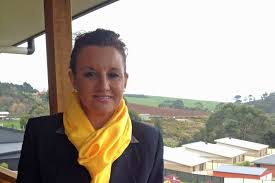 I’m sure you’ve all heard about Jacqui Lambie’s disgraceful performance on the Kim and Dave show. No, I’m not talking about her description of her perfect man as “well-hung” – I’m talking about this, when she was asked about her body hair:

“Right now the state I’m in, I can tell you what, you’d want to bring out that whipper snipper first.”

I mean, what sort of example is this for an elected representative to be setting? Surely, Jacqui Lambie shouldn’t be using the fact that she hasn’t been in a relationship for eleven years to justify her lack of waxing.

Yeah, I guess we don’t criticise Tony for his lacking of waxing.

But the whole Jacqui Lambie “controversy” has been another one of those moments where I feel like some people are inhabiting another planet. Why? Well, let’s look at how it’s played out:
Lambie goes on the Kim and Dave show and gets asked some personal (and dare I suggest, risqué and crude) questions.
She responds in a risqué and crude manner.
This is thought to be important enough to be widely reported.
Jacqui Lambie apologised to anyone who was offended.

Responses include Judith Ireland who told us that Jacqui “shouldn’t be let off the hook” for her comments, and Neil Mitchell who asserted that if a male politician talked about a woman’s breasts “there’d be fury” and various letters and comments along these lines:

“If any male pollie mentioned a part of a womans body he would be walked over hot coals. This type of ‘talk’ is not acceptable, she can try and paint it anyway she pleases. It is not ‘normal ‘ I would be absolutely horrified if I heard my daughter speak in this manner, women want respect, well she just lost a whole lot. I feel so sorry for her teenage son!”

And a number of articles compared it to the reaction when Tony Abbott described a Liberal candidate he was introducing as “feisty” and possessing “sex appeal”. The general suggestion being how come that Lambie, a woman, can get away with it, when Abbott was so severely dealt with.

All that sounds fine, except for the fact that it draws a completely different narrative from what actually happened. If we reduce the two incidents to the basic facts.

Abbott – at a political meeting – uses sexist language to introduce a candidate. He is criticised for it. He doesn’t resign. He goes on to become PM. He doesn’t apologise.
Lambie – on a breakfast show – uses sexist language after telling the radio audience that she hadn’t been in a relationship for eleven years because she’d been “physically and psychologically damaged” and the announcers decide not to explore that part of her answer, but instead find her a partner (because we all know that every woman needs a man!). She is criticised for it. She doesn’t resign. She DOES apologise.

I fail to see that one “got away with it” and the other didn’t, given that both faced a storm of criticism and that neither has – so far – suffered any consequences in terms of their public position.

Yes, her language was inappropriate. Yes, I am happy to condemn her for reducing men to sex objects based on the size of their penis. Yes, if a man did something similar, they’d face criticism and be forced to apologise. JUST LIKE SHE DID!

But, of course, I can’t imagine any breakfast announcer saying to a man, “You haven’t been in a relationship for something like eight years…”

Or asking Tony if he misses Margie on those cold Canberra nights!

P.S. The bottom of the page gave me the following warning:

“Warning: Title display in Google is limited to a fixed width, yours is too long.”