Author’s note: My weekly post “This is the week that was” will now appear daily and titled “Day to Day with John Lord” and posted in the “Your Say” section.

1 I know I promised I would not say any more about the disgraced former Prime Minister, but he just keeps on giving. Tony Abbott has said and done some awfully silly things in his time, but I doubt that he has ever inflicted more damage upon himself than with his self-indulgent claims to have a practical solution to the refugee problems of Europe.

His recipe for Europe would be disastrous. He has shown himself to be a fool of extraordinary malevolence, but the greater damage has been to our moral base and any reputation we once had for international decency.

2 There is nothing more cringeworthy that watching a politician deliberately telling lies and knowing they are. Such was the case yesterday when Peter Dutton was asked about payments to people smugglers. When claims were made in June that Australian officials had paid people smugglers to take their passengers back to Indonesia, Dutton initially said they were false. Yesterday, when the claims resurfaced after an Amnesty International report gave them extra credibility, he didn’t deny that the incident had occurred and instead retreated to circumlocutions about his confidence that no Australian laws or treaties had been broken.

“When you tell a lie you deny the other person the right to the truth”. 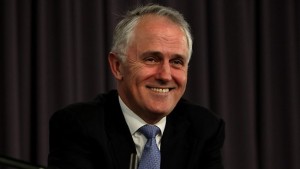 3 I was listening to an interview on ABC Tasmania with Malcolm Turnbull. He certainly is devastating in arguing a line whether he believes it or not. In fact his ability to seem to agree with the pretext of the interviewers questions with sound reasoning is incredible. But somewhere down the track he will have to substitute all the smooth talk with the substance of doing. Or making decisions.

4 Communications Minister Mitch Fifield has instructed his department to draft options for an overhaul of media ownership laws he can present to cabinet before Christmas, signalling the government will move quickly to deregulate the sector. All calculated to make Rupert happy no doubt. And sports lovers had better start saving for their subscriptions to Fox.

“There is no greater enemy of the earth and its environs than capitalism”.

5 The PM has said that the same-sex plebiscite cannot be restricted to a simple yes-or-no question but must be based on a specific model or proposal for same-sex marriage similar to a referendum process. I sense the Right are telling him what to do. Bastards. Would that also apply to a plebiscite on a republic? I think not.

MY THOUGHT FOR THE DAY

“We exercise our involvement in our democracy every three years by voting. After that the vast majority takes very little interest. Why is it so?”