When you voted in the federal election last year, were you concerned about Labor’s debt and deficits, and did they effect how you voted? Did you think that Labor’s spending was unsustainable and had to be stopped?

Because if the answer is yes, the news is not good. The Coalition, right now, is on track to double Labor’s debt by December next year.

So the actual figure of $202.46, realistically, is the true figure for which Labor must accept responsibility. If we accept that the $202.46 billion belongs to Labor, that still means that the Coalition have been spending like drunken sailors since June 30th 2014.

If we want to be relentlessly selfish and insist that the original Treasury projection of $178.10 is Labor’s to wear then the Coalition have thus exceeded Labor’s spending this financial year by $43.2 billion (up 24.3%). 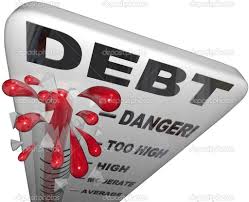 Either way they are no better in managing the economy and based on future projections, they are on track to be a lot worse.

Since June this year the Coalition has borrowed $19 billion which, if maintained each quarter from now until December 2015 will double the debt they inherited in 2013.

Remember, this is net debt, not gross. The gross debt on which we pay interest is now $339.4 billion. When Labor lost office it was $284 billion. It seems extraordinary that Tony Abbott still happily refers to the need to fix the budget and to curtail Labor’s debt and deficit disaster when his own government is not only heading in the same direction, but is doing so at a faster rate than Labor.

It is worth noting that the repeal of the Carbon Tax left a gaping $2.8 billion hole and is further compounded by the repeal of the Mining Tax, the projected Paid Parental Leave Scheme and the Direct Action Plan. Yet, they are determined to push ahead on both. Much of the Coalition’s projections in the 2013 Mid Year Economic and Fiscal Outlook (MYEFO) were independent of Treasury advice and we know they took some liberties with those figures to make Labor look bad. But, if they thought that was clever then they are in for an unholy awakening in the coming 12 months as revenues continue to decline and their spending continues to blow out.

So one has to wonder how it will be possible to avoid a looming debt and deficit disaster greater than the kind they accused Labor of, without some savage adjustments to revenues and expenditures. With the current budget impasse in the senate, the Coalition is going to have a lot of explaining to do as the months roll on and ever more embarrassing information is released.

One wonders how long the MSM can hold off reporting on the state of the economy and comparing it to Labor’s. We all remember how diligent they were during the Rudd/Gillard years. The October and November updates will be interesting reading as will the December quarter. As the position continues to worsen surely someone in the MSM will say something….won’t they? 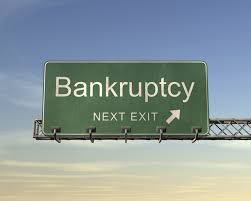 In reality, if all the rhetoric about debt and deficit were true we should have gone bankrupt in the 1980’s when all the indices were far worse than they are now. The Howard government inherited a paltry $96 billion back in 1996. Hardly worth getting upset about today.

It might be worth taking a look at the Liberal Party website where they detailed their plan prior to the last election. It will be the standard by which we can measure their success. As things get progressively worse, it might suddenly disappear before too long.