In the RBA’s latest quarterly Statement on Monetary Policy, they noted that “Over the course of 2016, employment growth has been concentrated in part-time jobs, while full-time employment has been little changed until very recently”.

The bank said business was using part-time workers “in a way that contains costs”.

“In particular, the Bank’s liaison suggests that a broad range of businesses are seeking greater flexibility from employees through the use of part-time or casual work or temporary contracts, to improve productivity and minimise their labour costs.”

As Ged Kearny pointed out, this new workforce did not happen by accident; it happened because of the actions of economically and politically powerful people and institutions that set out to make it happen.

Job insecurity is the consequence of an economy, driven by profit at all cost, that used workplace reforms to take advantage of those who can least afford it.

The great reformers of the Hawke/Keating era and the Kelty Accord did to some extent foresee the probable impact on workers associated with the liberalisation of the market and consciously implemented a social safety net including Medicare, Superannuation and a Skills agenda.

The Howard Government’s total failure to invest and expand the social policy aspects of the 1980s’ reforms, their weakening the safety net along with the implementation of the dangerous WorkChoices industrial relations laws, provided all that employers needed to expand casualisation, sham contracting and other forms of insecure work.

This process was part of a broader project of staunch neoliberalism and free market ideology.

The free trade, deregulation and profit-driven agenda was part of a broader social shift during the early 1990s that resulted in a failure on multiple levels. It was a failure of government, of business and also of civil society, including unions.

An Independent Inquiry into Insecure Work in Australia issued its report, Lives on Hold: Unlocking the Potential of Australia’s Workforce, in 2012, making the following findings.

□ Casual employment has been transformed and entrenched in our economy as a tool to minimise costs rather than to deal with temporary or intermittent variations in the patterns of work. Over half of all casuals are “permanent casuals” who have been employed in their current job for over a year, and over 15% of casuals have been in their job for more than five years.

□ Fixed-term employment is being used heavily by employers to avoid the costs associated with standard employment conditions like leave and the notice of termination – particularly in the public sector. Just think of the number of teachers employed today on rolling fixed-term contracts.

□ The growth of the “workforce management industry” and the use of labour hire have created new avenues for cutting costs and transforming permanent jobs into casual positions.

□ Independent contracting is being misused to mask employment relationships.

□ ABS data suggests that around 40% of independent contractors have no authority over their own work, and sham contracting is far too common in some industries such as construction.

□ Insecure work is an issue that permeates throughout the whole economy – but has the starkest impact on the people who can afford it least.

□ Women whose caring needs force them into insecure work because they have no real choice;

□ Migrant workers who experience some of the worst forms of exploitation;

□ Older men who’ve lost their permanent jobs and find themselves stuck in insecure work; and

□ Young people at the beginning of their working lives who are trying to break out of insecure work and start a career.

The Inquiry received over 550 submissions and heard stories from workers who, because of the precarious nature of their employment:

□ Were too afraid to speak out at work about issues like health and safety.

It has been three decades since the drastic reforms of the 1980s. We have seen successive governments be drawn in by the idea that profit is king and the road to a strong economy and prosperous community comes from deregulation.

It’s clear that doing nothing and allowing the current situation to remain will only lead to more of the same; more employers getting rid of workers before they are obliged to provide permanent employment; more workers having to spend nights and early mornings making phone calls to see if they’ve been given a shift; more workers being bounced from one short term work placement to another, never feeling comfortable, always acting as a stop-gap; more Australians being made to feel disposable and not valued, living a half-life, not a full one.

A discussion of the future of work in this country needs to be part of a greater conversation of what role work should play in the makeup of our society. We cannot have a sustainable, cohesive, informed and involved society when people are afraid because of insecure work.

The most important part of our society can’t be profit at any cost and it can’t be an IR system where short-term employees and fixed-term workers bear all the risk, and the cost of a drop in sales and orders, or a cash-flow problem.

This casualisation of the workforce, the abuse of fixed-term contracts and the misuse of independent contractors has, at its heart, been about disempowering workers and undermining their ability to organise.

We need to empower these people again, to organise them. We need to argue for a society where workers are secure at work, where they feel safe to speak up and join a union, where they are given the opportunity by employers to take the time to care.

We need to ensure the protections of work-life balance remain intact, protections like penalty rates, overtime and leave entitlements.

We need to start a discussion about the role of government when the market fails, about how a truly strong government has at its heart a well-resourced public service that allows for universal access, delivery according to need, services free at the point of use, and services delivered for the public good rather than for profit.

Individual Australians on their own do not have the power or resources that are available to the corporations. But as union members, tapping into long history of Australians standing up for what’s fair, they can get that power.

What’s made this country great and made our society so strong is that generations of working people decided that the status quo was ripe for improvement. They saw each other as they really were, as people with lives and homes and aspirations for their loved ones, not as consumers or clients or just another cost on the balance sheet.

If we work together we can make security, respect, equality the future of work in Australia. We can adjust our thinking and improve our culture. We can challenge the status quo. 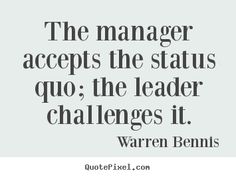