The Federal Government is slowly imploding. There is a sense of inevitability about what is happening. Right now, I suspect, they are breathing a sigh of relief that the year has finally come to an end and they can retreat to their electoral bunkers for six weeks or so to regroup.

But they are unlikely get much respite. The issues they must face after the holiday break are formidable. The resolve among the non-government members of the senate in respect of higher education reform and the GP co-payment appears unbreakable.

Then there is South Australia. In a state by-election held last Saturday the result shocked even the most broad-minded of Liberal party members. Voters appear to have handed Labor the former safe Liberal seat of Fisher. At the very least there was an 8 per cent swing.

As we all know, this sort of thing can spread and become contagious. South Australians will return to the ballot box on January 31st in another by-election, this time for another “safe” state Liberal held seat, that of Davenport. 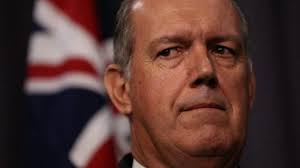 If the Liberals thought they had Fisher in the bag, they will now be very nervous about Davenport. Apart from Fisher giving the state Labor government a clear majority in the lower house, the federal ramifications are obvious, most notably the fallout from Defence Minister, David Johnstone’s foot in mouth comments about canoes.

I suspect there will be a lot of crystal ball gazing over the summer break. Labor will be hoping for a relatively uneventful, peaceful time to plan their strategy. The LNP will be praying for a tsunami-like disaster to detract from their incompetence. The senate cross benchers will be listening to their constituents like never before, and we the voters, will enjoy a well-earned break from the chaos that is Canberra.

What can we expect next year? 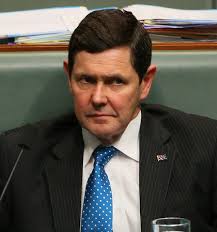 There was a suggestion on ABC’s Insiders last Sunday that Social Services Minister, Kevin Andrews will retire sometime in 2015 forcing a by-election in the federal seat of Menzies. The suggestion is that the Liberal party will endorse Peta Credlin as its candidate to replace Andrews. Labor cannot win Menzies. That is a mountain too high, a bridge too far. But, an independent candidate could.

The timing of Kevin Andrews’s departure, if it happens, will be critical for the Liberals. Who knows what catastrophes await them in 2015? Who knows what their accident prone prime minister will do next. Who knows what dastardly ideas about economic reform are swimming around in Joe Hockey’s head? Who knows what Christopher Pyne will say or do if his education reform bills are rejected yet again? The voters of Indi broke the model with Kathy McGowan at the 2013 federal election. In the recent Victorian state election another safe National Party seat fell to an independent. Could the disaffected voters of Menzies do the same? It is highly unlikely but, in the words of Victor Hugo, there is nothing more powerful than an idea whose time has come.

Mindful of their shortcomings and their standing in the polls, they may want Andrews to go sooner rather than later. What better way to avoid a recalcitrant electorate further destabilising government, than to get it over and done, out of the way, as quickly as possible.

What better way for that electorate to send a message so strong that it rocks the very foundations of a self-righteous collection of  ideological misfits. What better way to demonstrate democracy in action than to see an independent elected to the seat of Menzies? What better way to break bad the model.