Signs of encouragement are coming out of the camp of the Media, Entertainment and Arts Alliance (MEAA) on Friday following the release of a communications-based green paper which could spell out more jobs and new productions for local content, and influence quota numbers for domestic content on digital streaming providers such as Netflix.

Paul Murphy, the MEAA’s chief executive, said that while the Media Reform Green Paper out of federal communications minister Paul Fletcher’s office requires a deeper reading by the union, as well as any public submissions by a deadline of March 7, he welcomes the opportunity for the arts sector to rebound in 2021 from what has been a disastrous year for producers of local and domestic content due to effects from the COVID-19 pandemic.

And Murphy singled out the intention of the Morrison government, via the green paper’s terms and conditions, to introduce Australian content obligations for online video streaming services whereas no such obligations existed before.

“While we need to see more detail within the Government’s green paper, placing a requirement on streaming services to invest a percentage of their Australian revenue in local content gives a devastated local industry much hope for the future,” said Murphy.

As Murphy said that the MEAA will invest their time to read the green paper and then consult its members towards preparing its own statements of rebuttal, Fletcher cited the need for the green paper, acknowledging how the landscape of the public’s entertainment options have changed and evolved over time.

“The media landscape has changed significantly over the past decade, with faster internet allowing digital technologies to generate significant benefits for industry and consumers. However, these technologies have also fractured business models and rendered many of our regulatory structures obsolete,” Fletcher said while unveiling the terms and conditions of the green paper and the $53 million investment program due to evolve from it.

Fletcher’s department seeks to maintain and upgrade standards for free-to-air television and that of subscription-based services such as Foxtel, but also makes allowances for the public’s freedom of choice for those as well as the streaming video services such as Netflix, Amazon Prime, Stan, Optus, Disney+, and Hulu, among others, as well as the needs of those viewing metropolitan, regional and rural television alike with a funding system arising from the reforms.

“With declining revenues, rising costs and an outdated regulatory framework, the capacity of Australia’s media sector to provide Australian programming, local content and public interest journalism is being challenged. These structural pressures have been accelerated by the economic impact of the COVID-19 pandemic, reinforcing the need for regulatory action.

“What we are proposing would rebalance Australia’s media regulations so that the industry can continue to support jobs, connect communities, and keep Australian stories on our screens regardless of whether they prefer to watch free-to-air television, subscription television or video-on-demand services,” said Fletcher, who added that these reforms would be added to the previously-announced changes to local content increases proposed in the federal budget. 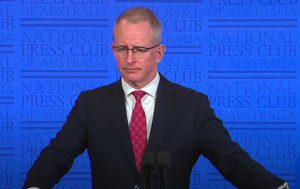 In addition to the MEAA, others have reacted enthusiastically to these developments in the way of local and domestic content as well.

Sarah Hanson-Young, the Greens senator from South Australia who holds that party’s communications portfolio, feels that the proposal shows an adequacy with the evolving and changing times in media and technology.

“There is good news for the Australian screen industry at the end of an extremely tough year. We welcome the introduction of local content quotas for online video streaming services,” Hanson-Young said.

“Reform to regulate online streaming services in Australia is well overdue. The Greens have long been calling for the Government to regulate streaming giants like Netflix that are making billions of dollars from Australian subscribers without any obligation to host any Australian content on their screens,” she added.

Hanson-Young also spoke of other examples of precedence globally that the government can follow in further shaping this policy of potential reform, with regard to the streaming services and domestic content requirements.

“The question of the rate of investment obligation on streaming services will be crucial to the success of this policy reform and I urge the Government to look around the world for effective examples to follow,” said Hanson-Young.

“France has recently brought in a quota for 20 percent of local revenue to be spent on local productions, and I hope to see Australia go down a similar path,” she added.

Earlier in the week, Fletcher also released information under its arts-targeted Restart Investment to Sustain and Expand (RISE) Fund, that the State of Victoria is slated to benefit directly in the way of 48 projects starting next year, yielding a boost of over $20 million in funding and due to create 13,000 jobs from the scheme.

Coincidentally, a lot of the benefits of the RISE Fund, per the Victorian investments, can be applied towards the Media Reform Green Paper as well, especially in the way of its knock-on effects and impacts.

“The arts, creative and entertainment sector not only employs hundreds of thousands of Australians directly – it also supports employment in hospitality, travel and other areas,” Fletcher said on Monday.

“It also brings enjoyment and recreation to audiences – which has never been more important than right now,” he added.

Murphy and Hanson-Young each agree that these programs and reforms will also bear influences on how Australian stories and tales to enhance domestic culture can be told.

“Getting this reform right will create thousands of jobs and also benefit audiences for generations to come by bringing more uniquely Australian stories to the screen,” said Murphy.

“Not only is the telling of Australian stories on our screens essential in shaping our national identity and reflecting the diversity of our community but local productions create Australian jobs,” Hanson-Young said.

Hanson-Young also said that she looks forward to bringing the Greens’ debate on the green paper reforms into the Senate next week, and alongside that of a bill on a digital media code, which in turn is scheduled for December 10.

“There is a lot of detail to be considered in this proposal and we will be working with stakeholders in the industry over the coming months to ensure that we are able to get the best outcomes to tell Australian stories and secure Australian jobs,” said Hanson-Young.