Over-represented and under-rewarded – that’s a conclusion drawn by the Australian Council of Trade Unions (ACTU) about women in the workplace impacted by the COVID-19 pandemic, in a study and report released on Wednesday.

Focusing on those in the female-dominated and lower-paid industries such as hospitality and retail but also in many of the frontline sectors as well, the report found that women have been disproportionally affected versus how male-dominant industries mainly in the construction, building, resources and logistics sectors were impacted by the pandemic.

In its conclusions, the ACTU recommend the formation of a three-pronged body made up of government, unions and corporate entities to investigate the findings of its report and ensure that taxpayer-based economic recovery funding balances the playing field between women and men in greater industry.

“Leaving women behind weakens our economy and will lead to a longer, slower recovery. Investment which reduces inequality is also the fastest way to restart economic growth,” said Michele O’Neil, the ACTU’s president.

Highlights of the deficiencies facing females in employment areas found the following:

“If the Federal Government is committed to a shared and robust recovery, they must take seriously the particular impact of COVID on women, and the lack of support of the 2020 budget in supporting women’s employment and economic participation,” O’Neil said. 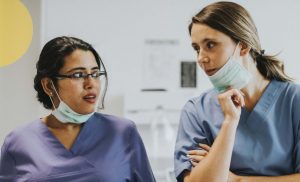 One such pathway that would enhance the Morrison government’s economic recovery efforts concerns training and education – however, according to the Australian Bureau of Statistics (ABS), even those pathway areas have experienced sharp downturns of their own.

In the interval from the middle of May 2020, women were less likely – by 52 to 75 per cent – to be fully engaged with work, study, or both, than their male counterparts would be, with the figures being driven by general drops in full-time employment opportunities.

Yet that was not the lone factor in the general decline in education-based training opportunities, such as through a TAFE program.

“Due to fewer international students, there was also an overall decrease in people studying for a Certificate III or above,” Steven Nicholas, the ABS’s director of education and training statistics, said on Wednesday.

As for remedies to the situation of gendered inequality exacerbated by the pandemic, the government – alongside the reading of the federal budget – offered up a Women’s Economic Security Statement.

However, O’Neil and the ACTU have taken this to exist as nothing more than a token gesture without any real effort to back up narrowing gaps on inequities.

“Historic levels of government funding are being committed to the crisis recovery, and we believe that new formal oversight beyond government is critical to ensure this funding reaches women,” O’Neil said.

In addition for pushing its advocacy for a tripartite oversight body, the ACTU also recommends among the following:

O’Neil says that the ACTU, in the interests of equality and fairness which exist as a couple of their core values, will keep the heat on the Morrison government to ensure that employed women receive their just due.

“This crisis presents us with an opportunity to create a more equal society, address systemic failures and ensure that public investment is improving our society, not entrenching inequality,” O’Neil added.