“Brooks found not guilty of

Headline in “The Herald-Sun”

So clearly, the most important thing in the hacking trial was that Rebekah Brooks was found not guilty. The fact that Andy Coulson was found guilty is not all that important. And the fact that the ABC chose to accentuate the negative rather than the positive just shows their bias. Any suggestion that the Murdoch paper tried to spin it to make themselves sound less culpable is just ludicrous. Besides it was in Britain…

The ABC show further bias in that they fail to mention that a large number of Muslims are in Iraq fighting with ISIS. One estimate put the number as high as 150, which is higher to the number of people who think that Tony Abbott hasn’t broken any election promises, but not quite as high as projected public school class sizes, once Christopher Pyne has way.

As Steve Price said on The Project, when telling us that he didn’t buy the argument that young Muslims may feel hated and vilified, “But it’s also they’ve got Australian passports, you don’t leave the country where you were born, if you’ve got an Australian passport and get on a plane and go and start shooting people in other countries. If you want to do that – stay there!” He’s right, of course, only Islamic people would get on a plane and go over to Iraq and start shooting people. No Australian – and clearly these people aren’t Australian, even if they were born here – would ever do anything like that.

There’s no reason for anyone of the Islamic faith to feel disenfranchised. Unless they’re an extremist like the guest on The Project who suggested that we needed to make some effort to understand why young men would want to go and join ISIS. Price found it worrying a man like that was teaching at a university. Anyone who attempts to understand another’s motivation is a dangerous radical. 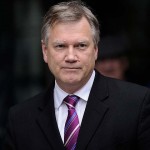 Similarly, we should worry about moderates like Waheed Aly who – according to Andrew Bolt – should concern us because he doesn’t tell us what a threat to our society Islam is. For a start, they want to build ugly buildings and they don’t support women’s rights and they want to impose strict morals on us all. Which would be fine if they were the Liberal Party, and the buildings they want to build weren’t mosques. And the fact that they don’t approve of drinking, well, its just un-Australian.

As Bolt pointed out, when Aly was talking about Boko Harum:

As so often when Muslim terrorists strike, Aly was brought on by Channel Ten’s The Project to explain away our fears as “an expert in terrorism”.

“So who is this group exactly?” he was asked.

Not once in his answer did “Muslim” or “Islamic” pass Aly’s lips.

“They are a really, really hard group to define because they are so splintered and so diverse,” he said.

“What we do know though is that the broader movement is a terrorist movement and they’ve been wanting to overthrow the Nigerian government and establish a government of their own.

Yes, after all, when Tony Abbott’s mob were bombing London all those years ago, the press always referred to the “Christian IRA”. Similarly, all through World War Two, we had references to the Christian Nazis. Not to identify a group as Muslim is a clear example of double-standards.

Just remember, all Muslims are dangerous. Particularly the ones who try to trick us by being moderate and not advocating Sharia Law. By sounding less extreme than Cory Bernardi, they confuse people as to the inherent danger of tolerance and diversity.

To be absolutely clear: We should not be in any way positive about any muslim and there is absolutely no reason why any of them should feel as though we all hate them. We just want them to go back where they came from even if their family has been here longer than Andrew Bolt’s.