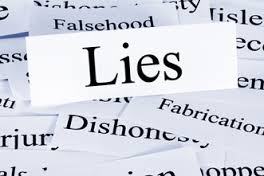 A few days ago I posted a piece titled Political Lies: Who tells Them.

This was followed by another article from fellow blogger Michael Taylor at The AIMN, Keep Lying, Mr Abbott.

Another blogger who goes under the name of Truth Seeker also posted on the subject, with Tony … Stop the LIES, and Stop the RORTS!

I dealt with the general topic of telling lies with an emphasis on politics. Alan Austin did some fact checking and Michael Taylor addressed Abbott’s lying on the issue of Asylum seekers and Truth Seeker honed in directly on Abbott’s blatant lying.

Was it just coincidence that we all wrote on the subject at around the same time? I think not. No, it’s more likely that we just become frustrated and aggravated by his consistency of untruth. If this means I am saying he is a pathological liar then so be it. It’s not a nice thing to say about anyone but we are dealing with truth here. It’s not so much that he is a serial offender, he is. I think the electorate knows that and factors it in. It shows up in the ‘’Better PM’’ polling. It is why his polling is so poor. The fact that he lies and is easily supported by volumes of readily available irrefutable evidence. (I can provide it if need be). However, what is of equal concern is that the main stream media (the so-called forth estate) who are supposed to be the people’s custodian of truth, condones it.

In a democracy that prides itself on the basics of fair and reasonable expression it is hard to know why we accept his lying. Of course it is perpetuated upon us by a media who believe that truth has a lessor value than the need of its own survival. Where in order to survive it has (across all mediums) sought to become more outlandish-more tantalising-more seductive-more flirtatious-more provocative-more stunning and more enticing. But above all, more manipulative.

The media has enormous power. So much so that it can to a large degree determine who can govern and what their policies should be. And while most of it is owned by a few that is unlikely to change.

Do people ever stop to think how manipulated we have become? Everything the media does, displays or says is done so on the predication that it is doing so for its own self-interest, not ours. It does so because it gives it influence, power and control. Certainly not for the ideals of truth, justice and the common good. It never considers that reporting truth alone might give it all the influence it needs. Finding the truth and reporting it should be more important than creating a narrative where controversy matters more.

We inherit all this of course from the United Stated. The neo-conservative parties in Australia have adopted the principles (or lack of them) as practiced by the GOP and its Tea Party affiliates. Like the Republicans in the US the coalition’s political strategy appears to be to, block, discredit and confuse. On a daily basis the negativity of Abbott spreads like rust through the community. He seeks to muddy the waters with the most outlandish lies. Hardly a day passes when he is not distorting what is said while at the same time telling the most outrageous lies himself. And with a straight face I might add. He has hampered (as do the Republicans) all legislation with a pre-determined NO. Often without even reading it. Abbott has (as have Mitt Romney and Paul Ryan did) taken lying and the frequency of it to a level in political discourse we have never experienced.

Daily on Facebook and other social media, questions are being asked about the truthfulness of Mr Abbott’s statements. They are more often than not devoid of facts. At least Kevin Rudd calls him out on them. Bill Clinton did so with great effect during the last election. During that election and during the first debate commentators were of the view that Obama lost it. I watched it and my view was that he was completely thrown by the amount of lies Romney was telling and the adjudicator’s unwillingness to pick him up on them.

In the end the American people saw through all the lies. Let’s hope the Australian people do also.