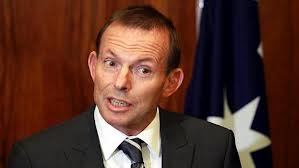 The newspapers I read in Bali had very little mention of Tony Abbott. The International New York Times had an article about how strange Abbott’s Direct Action concept was, while the Jakarta Post mentioned him briefly on a couple of occasions.

It was only through using the Internet and accessing the ABC that I found that Bronwyn Bishop had managed to restore dignity the Parliament by ruling that “Electricity Bill” wasn’t a nickname but a description. Hopefully this will enable MPs to use other “descriptions” such as “Hissy Chrissy”, “Sloppy Joe” and “Budget Flight Barnaby”.

Of course, we had the shocking spectacle in the Victorian Parliament of the Labor Party trying to destroy democracy by calling for a vote. Here the Speaker, Mr Smith, upheld the principles of democracy by immediately shutting down Parliament for a couple of weeks.

As far as the Philippines went, the papers I read were all concerned about the humanitarian disaster and the fact that aid wasn’t getting through fast enough. I haven’t had a chance to catch up with the papers here, so I don’t know if anyone was sensible enough to point out that it had nothing to do with climate change and that if anyone suggested that it was, then they were guilty of bringing politics into the situation and as we all now, it’s all right to say that a storm, hurricane, fire, flood or other natural disaster has nothing to with climate change, but to suggest that it might is just trying to take advantage for political gain.

Waiting in the Airport to return to Australia, Abbott appeared to tell us that separating a mother from her ill new-born was just fine with him, saying “I don’t, as it were, apologise for what happens when people come to Australia illegally by boat.” I wasn’t sure why anyone would want him to apologise. I’d just like him to fix the appalling situation of a mother being separated like that. And, as I’ve said before, they keep saying these people are coming “illegally”, but they never actually charge them with anything. Why are they so soft on this “crime” of coming into Australia illegally? Surely, if people have committed a crime they should be charged with something, not locked up for an arbitrary time.

Still, even if the woman concerned was convicted of a crime, wouldn’t we find the circumstances of her removal from her child unacceptable? Is coming into Australia “illegally” the sort of crime where we don’t even worry about treating people with common decency or even wait until they’re convicted. Oh, that’s right, she’s a foreigner in Australia. They don’t deserve things like a trial. Or an apology.

It’s only the ones overseas that have Abbott grovelling like a schoolboy about to be caned, saying that he’s really, really sorry and anything he can do to get a trade agreement is just fine by him.

And, of course, I open one of Australia’s newspapers to discover that another $100 billion isn’t enough for Joe Hockey, because – even though we aren’t supposed to hit the debt ceiling for a year or so – Labor are just like the Tea Party in the USA (which was about to hit their ceiling this month).

Ah, returning to Australia this morning, I feel like Alice after she followed that Rabbit into Wonderland.