“Daesh is coming, if it can, for every person and for every government with a simple message: submit or die.”

In his recent oratorical delivery, the Prime Minister, Tony Abbott seemed determined to adopt a siege mentality on the issue of terrorism. Legislation on the cancellation of citizenship of those who fight for ISIS in Syria and Iraq is immanent.

At the same time, Attorney-General George Brandis is giving us notice of upcoming counter-terrorism legislation to extend the use of control orders. By these and other measures the government seems intent on ramping up the threat level to ensure it stays firmly in the forefront of our minds.

In that same speech to a regional summit on countering terrorist propaganda last week. Abbott said, “We have all seen on our screens the beheadings, the crucifixions, the mass executions and the sexual slavery that the Daesh death cult has inflicted, mostly on Muslims, in the Middle East. That is what the death cult has in store for everyone if it has its way.”

When I was a young boy still in primary school, the brothers taught us that if we were ever to deny our Catholic faith under threat of torture or death, we would be guilty of a mortal sin and, should we die in that state, we would burn in Hell, forever.

Tony Abbott was probably taught something similar before Vatican 2 hosed things down and reading from his speech, I sensed a certain nexus between the wickedness of Satan and his condemnation of ISIS.

In primary school the brothers were very good at creating scenarios where Satan would carry out the most horrific acts possible and remind us of what he had in store for us.

All of which leads me to think that much of this latest scare-mongering is no more than a thinly veiled attempt to regain the political initiative using a tactic taught in Catholic schools in the 1950s and 60s.

We are already aware of ISIS, and its manifesto. Those involved in our national security defences are highly trained and deployed, monitoring those suspected of links to ISIS and are taking action when considered appropriate. So what is the purpose of all this fear-driven rhetoric? Why is Abbott so obsessed with national security?

My theory is that he has nothing else to offer. His obsession with stopping the boats took a new twist last week when we learned of allegations that our government authorised payments to have the people smugglers turn their boat around and take their passengers back to Indonesia.

The way in which Abbott answered the yes or no question gave every indication that the allegations were true.

There is an ever-mounting cache of disorder and negative governing that is defining this administration’s tenure. From a litany of broken promises to its economic failures; from its relentless persecution of Human Rights Commission head, Gillian Triggs, to its brutal approach to the treatment of asylum seekers; and now from suspected payments to people smugglers, to its attempts to strip Australians of their citizenship without reference to a court.

Abbott himself has said that some things will be done, “by hook or by crook.” One can only take the “crook” reference to mean they will even break the law if they deem it necessary.

I remember well the three years of the Whitlam government who were utterly savaged by a relentless media for decisions that were minor blemishes compared with what the Abbott government is doing in our name. And yet, little by way of mass protest is apparent.

But let us go back to my earlier question: why is Abbott so obsessed with national security? My feeling is that he knows his administration is chaotic and botched and he is deflecting to the one area where he thinks he cannot realistically be challenged.

This week, however, he was challenged on radio about his continued reference to the phrase, ‘death cult’. He was warned that ISIL sympathisers enjoyed hearing it and took pride in it but he flatly refused to stop using it.

Might it be that he has realised his tenure as prime minister might be limited to one term? If so, is he searching for some event, or moment in history, he might call his own and be remembered for; a legacy that is important enough for us to rise above and overlook his chaotic mismanagement? Something that might just turn things around?

Tony Abbott acts as if he really believes he was elected to stop the boats. He refers to it monotonously. But his claim that they have stopped is just plain false.

His favourite mantra has been blown out of the water this week. The alleged deal done last month to turn a boat around reminds us that the boats haven’t stopped at all. They are still coming. They are just being prevented from arriving.

One could well argue that if people smugglers get wise to the possibility that we are paying them to turn boats around, they will start coming in droves to get the money, thus rendering the lives of more asylum seekers at risk.

Might Abbott be searching for relevance in a tenure that has been devoid of substance and will, “by hook or by crook” do anything to achieve it? 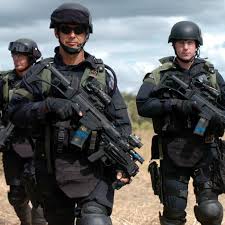 Has he chosen counter-terrorism in the forlorn hope, perhaps, that in an otherwise failed leadership, if he can’t turn things around, he might be remembered in history for something worthwhile?

Only he has the answers, but in the final analysis, we will judge him by his words and actions and at the moment he comes up short on both substance and form.