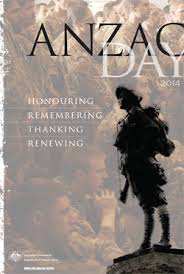 Anzac Day stories abound this time of year and remind us of sacrifices made, heroic deeds undertaken and the absurdity of wars. This day is special because of that. We take time out to remember. We listen to stories of great heroism in the face of incompetent decisions by senior military staff. We revile at the carnage on both sides and in the process are forced to examine what makes humans treat each other this way. Three constants stand out among these stories. They are all interesting, they are all informative and they have embedded within each of us an indelible connection to someone or something associated with those who have served. They also enrich our knowledge and have contributed to an ever more revealing and grander story of our country’s history. Yet, despite the great victories and defeats, the logistics, the weaponry, the massing of great armies, it is the stories of individuals that most attract our imagination and our interest. It is the ordinary men and women who capture our thoughts and attention, because without them, wars cannot proceed, causes cannot be pursued and evil cannot be challenged.

One such story is that of my grandfather, Frederick Harrison Capper, who prior to serving on the Western Front in 1916, also served in the Boer War of 1899 in South Africa. Born in Melbourne in 1878, he was the eighth of ten children born to Samuel and Jane Capper both from Lurgan, County Armagh in Northern Ireland. Until the release of the movie, ‘Breaker Morant’ few Australians knew anything about those adventurous young men who responded to Britain’s call and sailed across the Indian Ocean to help defend the British government’s interests in places like Klippan, Komfontein, and Drivelfontein. On 15 December 1900 the Marquis of Tullibardine was directed to raise a mounted force of 500 men by Lord Kitchener, the man in charge of Britain’s military forces in Southern Africa. This force was to be called the Scottish Horse and was to serve in the war against the Boers of the Transvaal and Orange Free State. At the time, Australia was in transition to nationhood. Federation was still in the process of being realised and absorbed into the national consciousness. The Victorian Department of Defence assisted in the enrolment of 200 men to serve in South Africa. My grandfather became part of the 5th Victorian Mounted Rifles and departed Australia on 15th February 1901. He participated in operations against the Boers at Middelburg, East Transvaal then north at Delagoa Bay and Leeuwfontein including a major action at Rhenoster Kop in May 1901. Falling dangerously ill with typhoid fever he returned to Melbourne on 25th April 1902.

He married my grandmother, Catherine O Connor in 1907 and fathered five daughters before enlisting in the Australian Imperial Force in July l9l5. He joined the 22nd Infantry Battalion Reinforcements and sailed to the Middle East for further training, then to Marseilles on 21st March 1916 as part of the 9th Reinforcement Group for the 22nd Infantry Battalion, 6th Brigade, 2nd Division. From there, he served on the Western Front at Armentieres and Pozieres before being repatriated to England suffering shell shock. He eventually returned home in August 1916.

From my own studies it appears to be a feature of returned servicemen from WW1 that their lives were never the same after that experience. My grandfather never returned to full health and struggled through his remaining years in and out of work. He died in 1955, when I was ten. I did not know him well, but I remember him fondly as did his other 22 grandchildren. His great-grandchildren and beyond now number over one hundred.

Those who fought in the Great War have all gone now, those young men, so many taken before their time. Last year I had the privilege of touring the Western Front in Northern France and Belgium. Treading the ground of the Ypres Salient Line and attending the evening service at the Menin Gate, is a sobering experience. Travelling through Flanders and Artois, Pozieres, Fromelles, Villers Bretonneux, Passchendaele, Vimy Ridge and the gaping crater that was once Hill 60 can literally take your breath away. The numbers of dead are staggering. The unmarked graves, the memorials to the missing, the bodies of both sides still buried somewhere on the flat farming fields of Belgium are a constant reminder of why we cherish and remember these events each Anzac day. It was an experience rivalled only by a visit to Gallipoli two years earlier. There I witnessed the enormous respect the Turks have bestowed upon their former enemy as both sides honour a shared memory.

The ‘war to end all wars’ failed miserably to achieve that lofty expectation. The saying,‘Those who fail to learn from history are bound to repeat it,’ has been proved correct time and time again. That’s the nature of the human condition. But, for each of us, as individuals, we can still reflect on those young men like Frederick Harrison Capper who responded to what they believed to be a worthy cause; we can admire their bravery, their commitment and ensure they will never be forgotten.

As each Anzac day comes along, I feel closer to him and become more determined than ever to ensure that his great-great-grandchildren will know who he was and what he did.