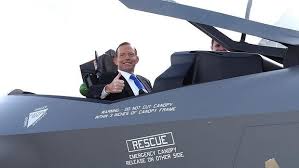 The excuse for the draconian cuts made by Abbott and Hockey is that there is a budget emergency and a debt crisis. I in no way concur with this appraisal of our economy or our future outlook but, that aside, as those of us who are not independently wealthy know, if you have limited funds then prioritising expenditure is most important. The following article is to give you some perspective on how our money could be better spent.

In a display of largesse, Tony Abbott chose to gift $16 million to the profitable Cadburys factory, $10 million to his beloved Manly Sea Eagles, and $5 million to Rupert Murdoch’s Brisbane Broncos. This money could have paid for:

Joe Hockey’s $8.8 billion gift to the Reserve Bank of Australia could have funded:

Kevin Andrews $245 million school chaplaincy program and $20 million in marriage counselling vouchers could have been spent on:

This list of cuts is by no means exhaustive, just a comparison of how the Coalition chooses to spend our money. If we look at the hundreds of billions they intend to spend on defence in the coming years, we could have free health, needs-based funding for education, real NBN, an increase in research spending, a decrease in university fees, and an increase in Newstart, pensions, and foreign aid as well as taking action on climate change. It might cost us a few planes and submarines and Tony might have to cut back on a few of the war games he has been planning. How would you prefer the money be spent?

My kids are ok, yours can go beg.

Who are the real leaners here?